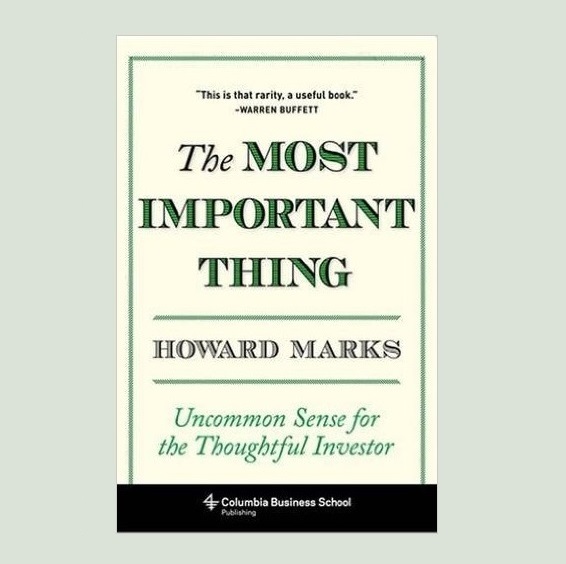 With US financial markets standing at historic highs, it seems that nothing can stop the rise of major indexes or make investors fear that a decline is around the corner. In moments like these, my little inner voice whispers to me that I should be more cautious than usual. As Warren Buffett has famously said:

I think that the underlying concept of this quote is rather simple to understand, but so counter-intuitive to apply in the real world. Nobody wants to sell stocks (or stop deploying additional capital) when prices are continually rising, because of the fear to miss further gains.

Since we currently live in an environment of low interest rates, yield expectations are very low across the board and investors are increasingly willing to take on more risks to achieve the same level of returns as was achieved in the past. The problem with this strategy is that the more investors want risky assets, the higher their prices become and the less adequate the risk premium (the incremental expected return) becomes to compensate for the additional risk.

Although there are not many bargains in the market currently, I am not saying investors should stay on the sidelines and wait for the next correction. I believe, however, it is important to stick to a sound and rational investment strategy in order not to be exposed to additional risk without being adequately compensated for it.

An author who has greatly shaped my thinking on this subject is Howard Marks, co-founder and president of Oaktree Capital Management. His book The Most Important Thing: Uncommon Sense for the Thoughtful Investor

is probably the one that had the most impact on me as an investor and it’s the reason why I want to review it today.

First, who is Howard Marks? Graduated from the Wharton School of the University of Pennsylvania in Economics, Marks also holds a M.B.A. in Accounting and Marketing from the University of Chicago. After his studies, he worked for more than 25 years in the finance industry, in various analytical and portfolio management roles. It was in 1995 that he decided to start his own asset management firm, Oaktree Capital Management, which now manages close to $100 billion in assets. In addition to asset management, Marks publishes investment memos every 2 or 3 months about his observations on the financial markets, and he has done so for more than 20 years. He became more widely known for warning his readers in 2000 about the technology bubble in a memo entitled “bubble.com” that was published 2 months before the bubble burst. He also openly issued numerous warnings from 2005 to 2007 about the overheating US real estate market.

The Most Important Thing: Uncommon Sense for the Thoughtful Investor

is a collection of common sense. Marks strongly advocates investing defensively, which means ensuring to get an adequate margin of safety, using little (or no) leverage, emphasizing value today over growth tomorrow and always considering the risks that things could go wrong.

Of course, with a defensive investment style, you will probably miss many story stocks or exaggerated industry trends that are becoming more and more popular. To make an analogy with baseball, Marks mentions that ”you may hit fewer home runs than another investor… but you’re also likely to have fewer strikeouts and fewer inning-ending double plays.”

The perception of risk by investors is a topic that comes up continually throughout the book. Marks mentions, for example, that the evolution of a stock’s price is similar to a popularity contest. People generally like stocks that have performed well in the past. The more investors like a stock, the more its price is likely to go up, thus pushing the valuation into expensive territory. This usually results in a risk/return profile that is not very attractive. On the other hand, a poorly performing stock is not likely to be popular nor in strong demand, thus potentially presenting a very attractive risk/return profile. The huge returns are not made by buying what everyone likes, but rather by buying what everyone underestimates. According to Marks, there are two primary elements in superior investing: ”1. Seeing some quality that others don’t see or appreciate (and that isn’t reflected in the price), and 2. having it turn out to be true (or at least accepted by the market).”

I also thought that Marks’ insights on stock market cycles and bubble creations were particularly fascinating. In general, when markets go up they do so for a variety of fundamental and rational reasons at first. However, a bull market that spreads over many years eventually leads many people to believe that it will continue forever and that risk has become an abstract and useless concept. Fear gives way to greed and even the most skeptical are tempted to participate in ”get-rich-quick” schemes. For those of you who, like me, didn’t experience firsthand the technology bubble of the late 1990s, here’s how Marks describes what was happening at the time:

”From the perspective of psychology, what was happening with IPOs is particularly fascinating. It went something like this: The guy next to you in the office tells you about an IPO he’s buying. You ask what the company does. He says he doesn’t know, but his broker told him it’s going to double on the day of issue. So you say that’s ridiculous. A week later he tells you it didn’t double . . . it tripled. And he still doesn’t know what it does. After a few more of these, it gets hard to resist. You know it doesn’t make sense, but you want protection against continuing to feel like an idiot. So, in a prime example of capitulation, you put in for a few hundred shares of the next IPO . . . and the bonfire grows still higher on the buying from new converts like you.”

This excerpt struck me as it shows how difficult it can be to resist the temptation to make rash and thoughtless investment decisions in times of euphoria.

In the end, I think that Marks’ rationality and understanding of the psychology of risk-taking are simply remarkable, both in the book and the memos. He is an author I admire and I definitely recommend The Most Important Thing: Uncommon Sense for the Thoughtful Investor

to any serious investor. As a side note, Marks is currently writing a new book that should be published sometimes in 2018. This one will be about stock market cycles and will potentially hit the shelves at a fairly advanced stage of the bull market (if it lasts long enough). Moreover, Marks mentioned in his most recent memo that he was starting to see signs of euphoria in the market, which are similar to what he saw during the last two major bubbles (2000 and 2007) . It will be interesting to see how it all unfolds over the coming months.

I hope you will appreciate the book as much as I did. I wish you all a good reading and happy defensive investing!